This exhibition is organized by Julia V. Hendrickson, Registrar & Assistant Curator for Special Projects, with text also by Hendrickson.

"If Punk is dad […] Disco is your eternal mother, into whose pulsating bosom you can always return…" [1] —Lise Haller Baggesen

Lise Haller Baggesen (Danish, born 1969 in Aarhus; lives and works in Chicago) opens her book Mothernism—a potent, purple object edged in the crisp silver of a fresh Wrigley’s gum wrapper—with an account of a long drive on the German Autobahn, followed by an ode to Donna Summer’s sultry disco style and lyrics from David Bowie’s 1979 song “Fantastic Voyage.” 1979 was the International Year of the Child, the heyday of disco, and for Baggesen, the touchstone for her multifaceted project, situated (as she describes it) at “the intersection of feminism, science fiction, and disco.” [2] At The Contemporary Austin, Baggesen presents Mothernism in a new, site-specific iteration, the artist’s first solo museum presentation of this project and her first exhibition in Texas.

Mothernism developed from the artist’s ongoing attempts to organize her thoughts on motherhood in history, music, art, and personal experience—or, in her words, to “locate the ‘mother-shaped’ hole in contemporary art discourse.” [3] Initially, this interactive project was conceived as a series of essay-letters written (and then read aloud) by one of Baggesen’s artistic alter egos, Queen Leeba—an amalgam of “Donna Summer and a proto-feminist, Scandinavian love goddess” [4]—and addressed to her children, sister, and mother. Working through this alter ego allowed Baggesen the freedom to use writing as an integral part of her visual studio practice: “[T]he writing informed the work while it was being made and dared me to go places where I wouldn’t have [g]one.” [5]

First exhibited in 2013 as an audio-visual installation that incorporates recordings of the artist (as Queen Leeba) reading the letters aloud, and subsequently published as a book of the same name in 2014, the Mothernism project has been presented in venues nationally and internationally before evolving into its Austin iteration. Baggesen tailors the installation to each exhibition space in the spirit of the project’s nomadic, open-ended conception.

At The Contemporary Austin's Gatehouse Gallery at the Betty and Edward Marcus Sculpture Park at Laguna Gloria, Mothernism is a safe haven replete with a cozy tent, spinning disco balls, plush purple carpet, comfortable seating, a library, and slowly changing, colorful lights: a nod to the bright pop of midcentury Danish interior designer Verner Panton as well as snoezelen rooms, a Dutch therapy technique from the 1970s. Baggesen’s welcoming, multipurpose room also contains vibrant silk banners painted with political slogans and revisionist Color Field works—an homage to abstract pioneers such as Helen Frankenthaler, Hilma af Klint, and Kenneth Noland—as well as a rhizomic wall drawing in silver ink over a photographic image of Earth as seen from space. The effect of lying inside the tent, viewing our planet from the vantage point of the moon through a scrim of colorful flags, is otherworldly: Bowie’s 1969 song “Space Oddity” comes to mind. Baggesen situates herself as an intermediary between the museum and the visitor, in that she offers up the environment she has created to be used by the public as the need arises. Indeed, visitors are encouraged to use the space as a platform for activities from book browsing to breast feeding, political debates to poetry readings.

Entering this space evokes the experience of stepping into a painting, informed by Baggesen’s formal training as a figurative painter in the Netherlands in the 1990s (she studied at the Rijksakademie from 1996–1997 under painter Luc Tuymans). Rather than solely addressing the figure in painting, Mothernism challenges Greenbergian ideals of “flatness” by inviting the viewer into her painting-as-installation, a figure/ground relationship so upended as to become participatory, or relational. As art historian Claire Bishop argues, “Participatory art demands that we find new ways of analyzing art that are no longer linked solely to visuality, even though form remains a crucial vessel for communicating meaning.” [6]

Listen to the full Audio Guide via ContemporaryATX on SoundCloud. A reading PDF of the Audio Guide text can be accessed here. 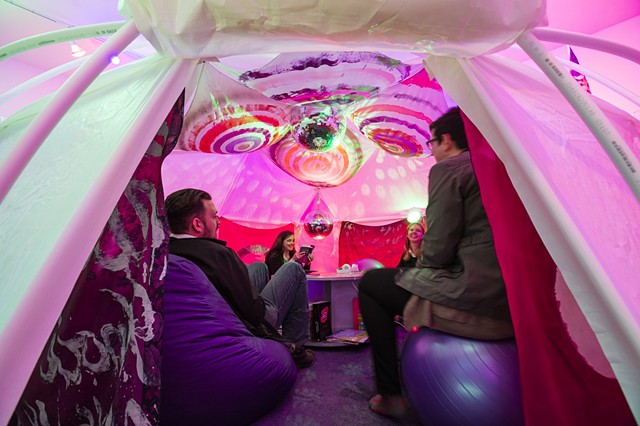 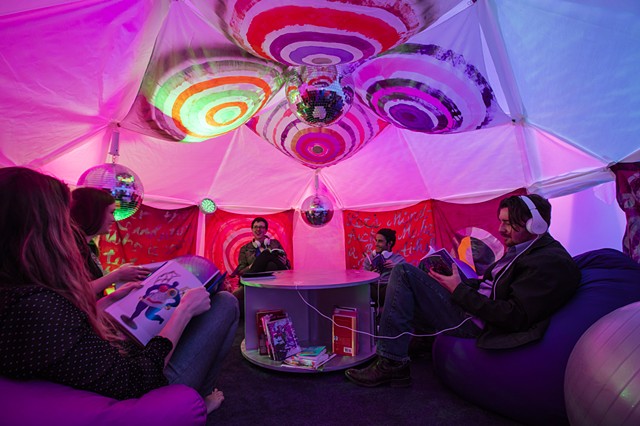 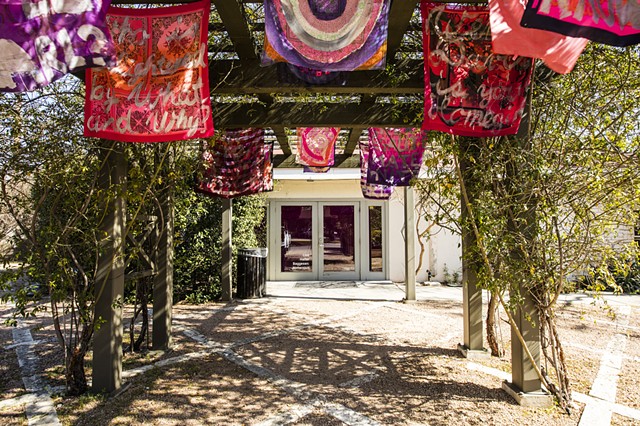 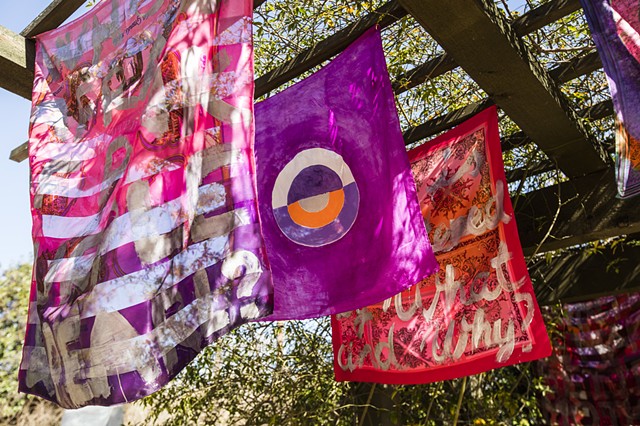 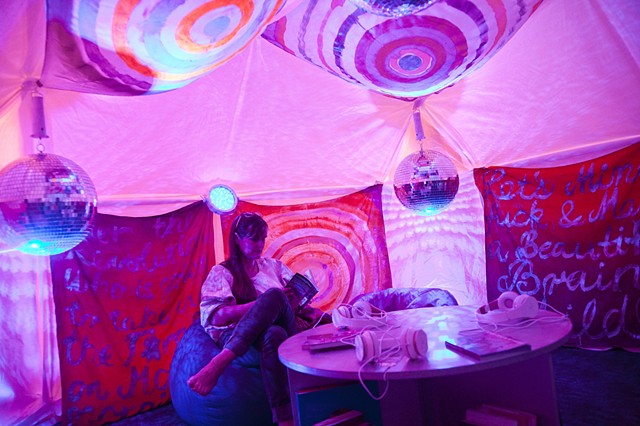 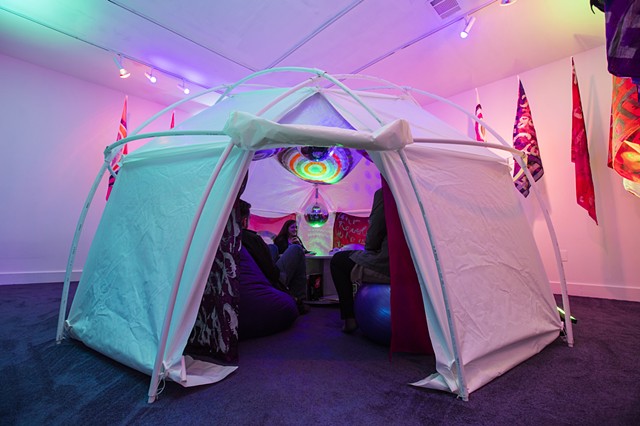 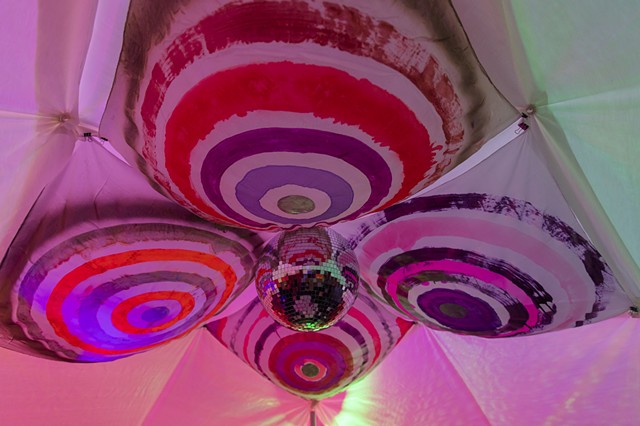 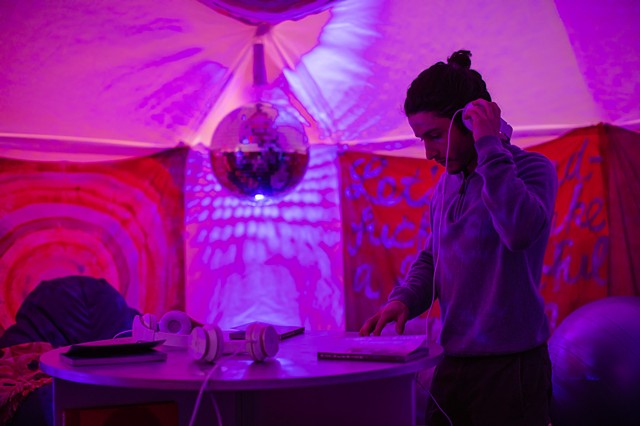 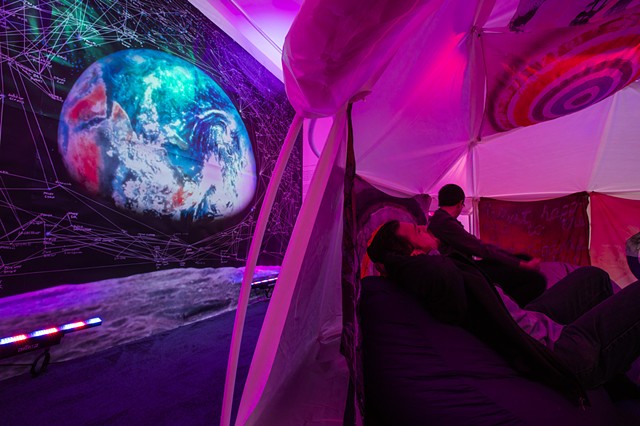 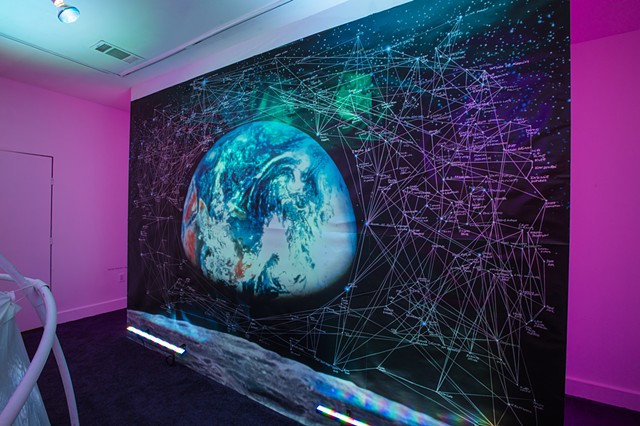 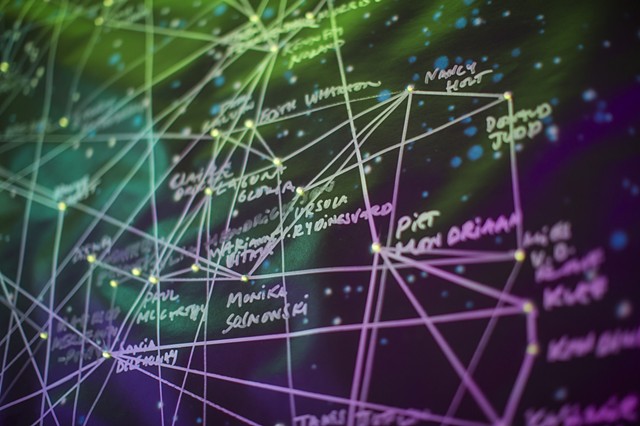