This exhibition is organized by Julia V. Hendrickson, Associate Curator, The Contemporary Austin. Text is also by Hendrickson.

This exhibition of the work of Chicago-based artist Jessica Stockholder (American-Canadian, born 1959 in Seattle, Washington, and raised in Vancouver, British Columbia) will span both of The Contemporary Austin’s venues. At the entryway to Laguna Gloria, Stockholder has created a new outdoor sculpture commission, Save on select landscape & outdoor lighting: Song to mind uncouples, 2019, which will be on view in late 2018.

Bringing painting into three-dimensional space, Stockholder uses everyday objects as building materials, celebrating the potential for color, form, and abstraction to generate meaning in tandem with the environment and surrounding architecture. The artist’s first solo presentation in Texas in over a decade, Relational Aesthetics includes a new, painted architectural installation—which she refers to as a “situation”—that doubles as a viewing platform and pedestal. A selection of new and recent sculptures are also on view, some of which incorporate found electronic elements. Also included are other works Stockholder calls “assists”—sculptures that require support in order to stand upright.

While Stockholder’s visuals are often abstract, her use of text and language is specific, playful, and lyrical. In her artwork titles there is often a disconnect between the object you see, and the words you read; this is apparent in the work titled A Freezer, 2015, which includes a porcelain bathtub and street lamp. Poetic titles such as Rounding the Corner, 2018, and Why Clouds are Woven into Bed Linens, 2018, can be launchpads for an inquisitive, imaginative mind. The title of Poles Apart, 2017, a vertical pairing of utilitarian shelving and expressive color, references the painted totem poles of First Nations peoples dotting the landscape of the Pacific Northwest of Stockholder’s childhood. Although the exhibition’s title, Relational Aesthetics, reiterates the label given by French critic and curator Nicolas Bourriaud to an influx of social and interactive art from the 1990s, Stockholder reclaims this now-oversaturated term. Here she refers to the ways in which both built landscape and objects control or mediate our interactions. She celebrates how relationships—between things, or even between artists—generate meaning. In this spirit, Stockholder has invited the renowned First Nations sculptor, painter, and printmaker Robert Davidson to exhibit a selection of works on paper.

Over the last fifteen years, with increasing regularity, Stockholder has collaboratively invited other artists to exhibit within installations of her own work. The first instance, a 2003 solo exhibition Table Top Sculpture at Gorney Bravin + Lee, New York, featured over thirty-five artists and included a print by Robert Davidson. Other examples include Stockholder co-curating, with Ian Berry, a 2010 group exhibition The Jewel Thief at the Tang Museum, Skidmore, with over seventy artists; and ASSISTED at Kavi Gupta, Chicago, 2016, with sixteen artists. Stockholder is also working towards a show opening in April 2019 at the Centraal Museum in Utrecht, Netherlands, which will include her own curation from their permanent collection. This interest in inviting and exhibiting other artists brings to the forefront questions about dependence and context that are also addressed by the Assists, a body of sculptural work which Stockholder began in 2015, and in the artist’s collaboration, so to speak, with the architecture and environments around her work. PRESS 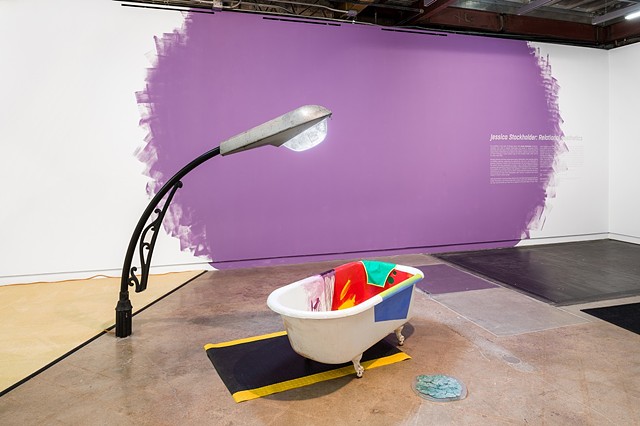 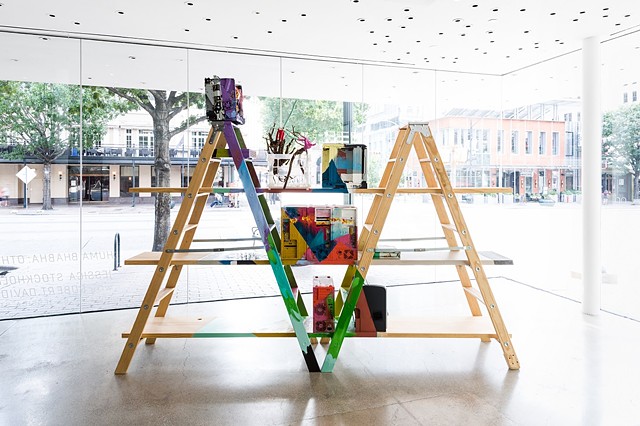 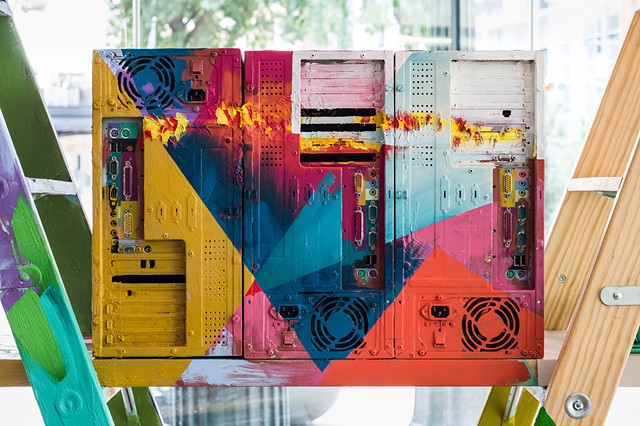 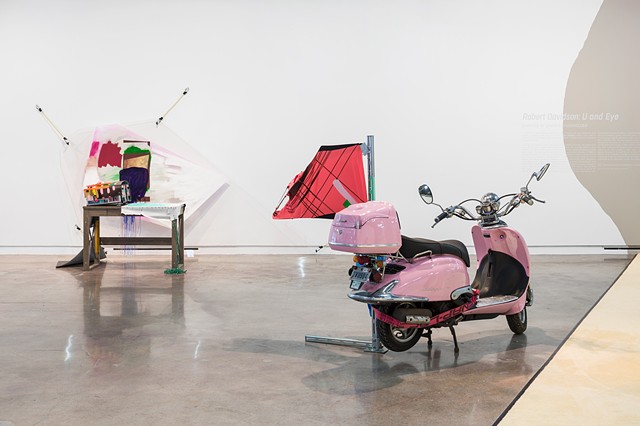 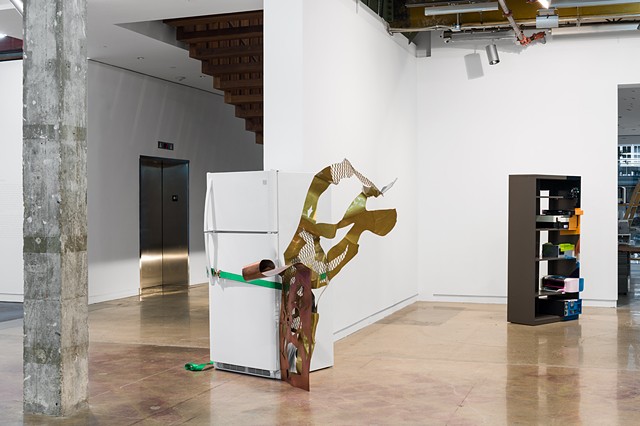 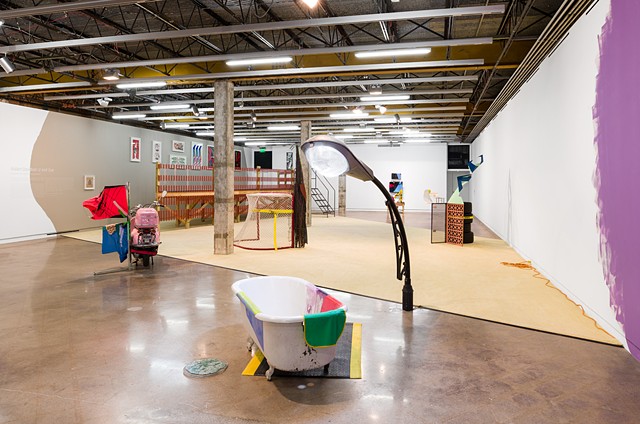 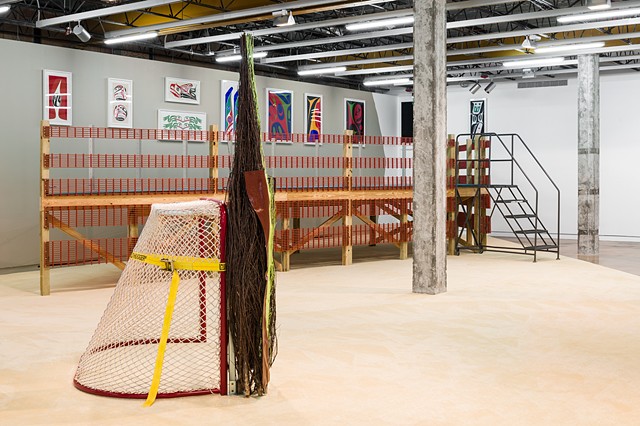 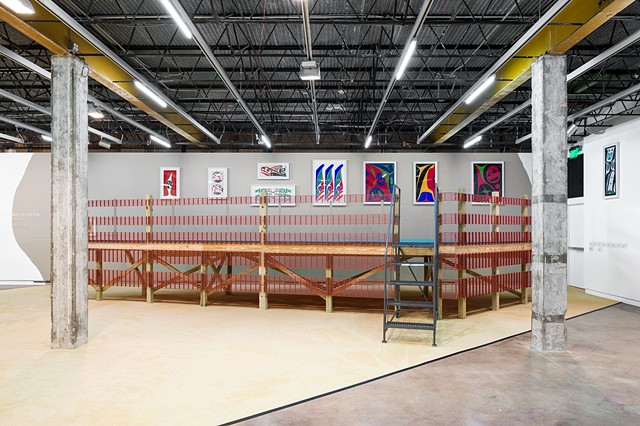 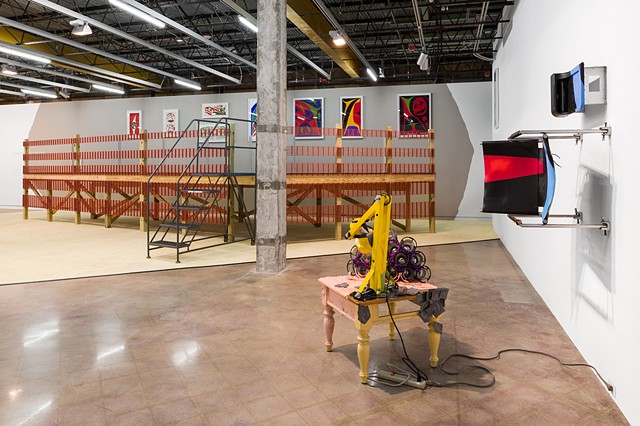 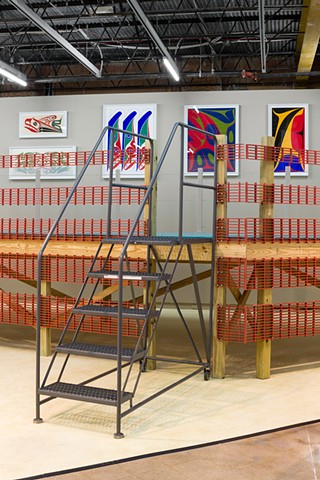 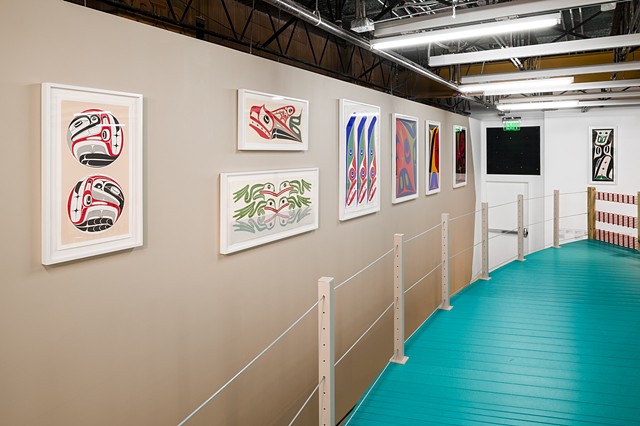 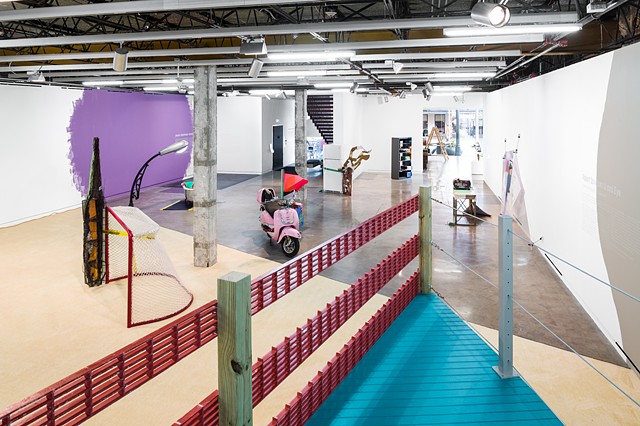